Katrina Spencer walks us through a personal history of gun violence and the culture we’ve made that witnesses it constantly. 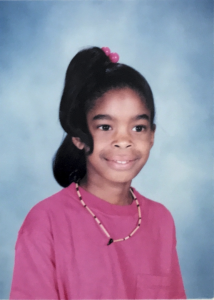 The author in elementary school, about 8 years of age. 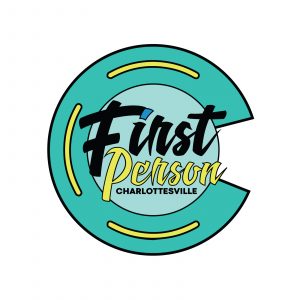 This story was published as part of the First Person Charlottesville. Let’s tell the story of our community together. Here’s how you can share your perspective with Charlottesville Tomorrow, Vinegar Hill Magazine and In My Humble Opinion.

I thought that my earliest memory of a public act of violence was Columbine in 1999. I was wrong. Was it the Oklahoma City Bombing of 1995? No. I was too young to decipher the Gulf War, so it was likely the Los Angeles Riots of 1992, about 7 miles away from my home. I was 7 and a half. I knew that Rodney King was a Black man and he’d been beaten by several police officers and it was filmed and those officers weren’t to be punished. I understood that Black folks were upset at the ruling and that looting, fires, property damage, and violence followed. The riots and their aftermath were aired on TV. The chaos reached us, my family, in a symbolic way, as we were (and are) Black folks, but it didn’t make it to our zip code. Wikipedia– something we didn’t have then– tells me that 63 people were killed and over 2,300 were injured over a 6-day period. “Can’t we all just get along?” became the refrain we held onto from that era.